North Wales has some of THE harder classic British rock climbs and we can guide you on many of those. Generally we class “hard” rock as routes graded HVS to about E3, and the kinds of routes that might appeal to you are:

You need to be a competent belayer, and you need to be happy seconding at least British technical grade 5a/5b (F6a) already and be able to get the gear out! For most harder routes we operate on a 1:1 ratio, and we climb on double ropes for traditional routes and single ropes for sport routes. 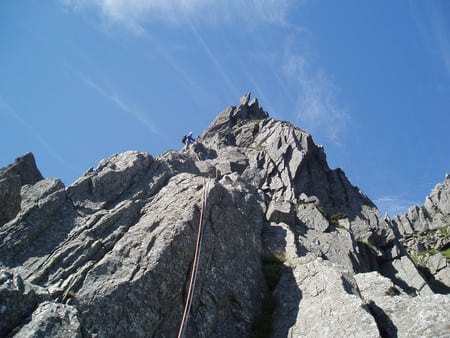 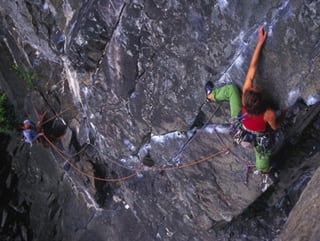