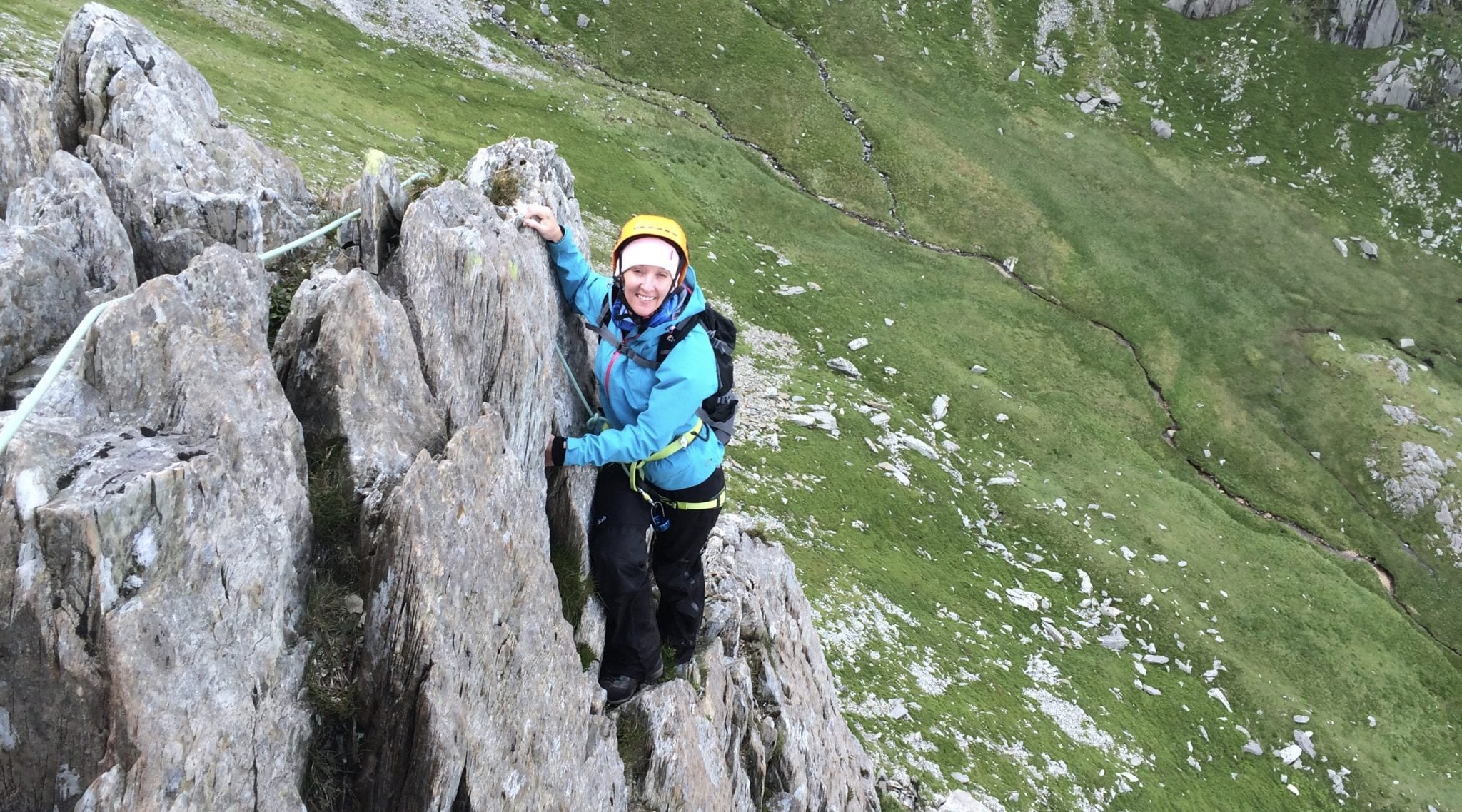 Mountain scrambling is where mountain walking meets rock climbing and ususally means climbing in mountain boots, wearing a rucksack and being out for the day.

Some of the scrambing may be easy enough to do without ropes, or using Alpine techniques of short roping or moving together, some sections may be climbed in a traditional manner of rock climbing. Either way the aim is to move quickly and safely over rough terrain and often in dramatic situations.

Some classic scrambles include Crib Goch traverse, at the easier end of the scale, to steeper scrambles such as Dolmen Ridge on Glyder Fach, some of the buttresses on the East Face of Tryfan, or major outings such as the Billberry Terrace route on Llewedd.